During Germany's Third Reich, from January 2, 1943 to April 23, 1945, the Jewish couple Ines and Max Krakauer fled from their persecutors. In a moving narrative Max Krakauer describes his life-threatening odyssey at a time when Germany was being changed by war, from Berlin to Pomerania, from Pomerania back to Berlin, and from there to the state of Wűrttemberg.

Under most difficult circumstances, Max Krakauer and his wife – frequently they could not stay together – were fearful of being discovered and arrested, but they also were constantly supported and hidden by courageous rescuers, many of whom followed their Christian conscience. For 27 long months, for 800 frightening days, they were hiding in 66 different homes, for only a short period of time and sometimes for as long as a month, until advancing American troops entered a region near Stuttgart on April 23 and brought with them the longed-for moment of rescue and freedom.

This book first appeared in 1947 and was reprinted several times. Now it is finally available in an English translation. The translator, Hans Martin Wuerth, Professor Emeritus, Moravian College, Bethlehem in Pennsylvania, has lived in the United States since 1953. His wife, Ursula, is the daughter of the Righteous Gentiles Otto and Gertrud Mőrike, two of the primary coordinators of the Krakauers' stirring escape. During his teaching career, from 1964 to 2001, Dr. Wuerth lectured and wrote on German Language and Literature, the History of National Socialism, the Holocaust and on other genocides. Added to Max Krakauer's original text are maps, a chronology of the various escape routes, and a detailed Epilogue about the lives of the Krakauer couple following their liberation. 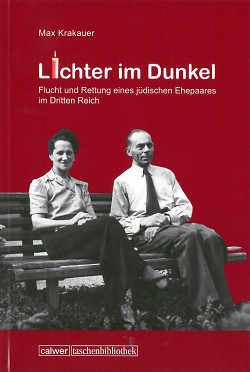 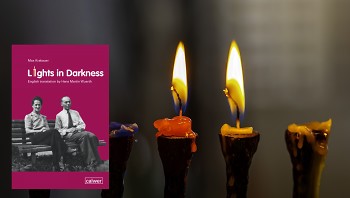